When I approached Steve for profiling his community service, his immediate comment was “I’m not sure I’m doing anything that many people aren’t doing”. I had an opportunity to talk more to Steve about being profiled shortly after he accepted a cheque for $47,900 on behalf of The Edmonton Society for Christian Education (ESCE) where he serves as Chair of the Board at its 25th Annual Golf Tournament. He said he was ‘slammed’ (very busy) at work but after some minor arm twisting, said he would be willing to be profiled. Steve’s a busy guy as managing partner of Maximum Mobility, a TELUS Dealer, with 5 locations in Edmonton, Spruce Grove, Sherwood Park and Leduc. He and his wife Irene have 3 adult children and a large extended family. 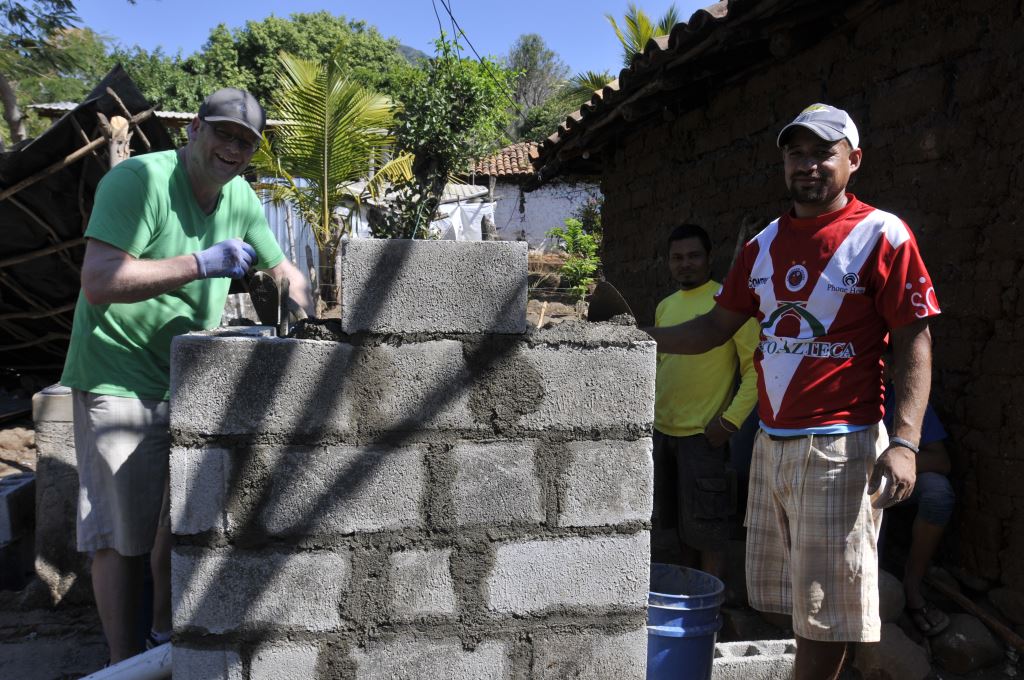 In addition to serving as Chair of ESCE, Steve currently serves on The King’s University (TKU) Board of Governors, is a member of the TKU’s Executive and co-organizes West End Christian Reformed Church (WECRC) Honduras Mission/Work Project. Steve has taken time off for 13 straight years to spend about two weeks each year on a work/mission project in Honduras. In the past he has served on the WECRC Council as Vice-Chair and elder and co-chaired WECRC Fundraising Committee which raised $1.2 million for a building addition and renovation which included co-organizing two fun charity auctions. Steve is also a vocalist for Witness, a praise and worship group that participates in WECRC services and other events. In addition to his non-profit work, Steve also serves on the TELUS Dealer Advisory Board for western Canada.

Steve has a unique blend of gifts and abilities – organizing, listening, adding energy, reaching consensus, and moving projects forward, as well as good interpersonal skills and technological abilities. He uses all these gifts while also keeping things light and fun. Having served alongside Steve on some committees and Boards and on two work/mission trips to Honduras, I’ve seen him use his many God-given gifts and talents to make a difference. What impresses me most about Steve is that he doesn’t just serve; he steps up and takes a leadership role in the organizations he’s a part of.

When I asked Steve why he commits time and energy to various organizations, he said it’s hard to say why he gets involved, but like most people, it’s things he passionate about and has a vested interest in. “But what is clear to me, is that I, virtually without exception, receive more than I give”. He further comments that “We all know how life can be busy, so there certainly is a danger of not being able to give 100% to everything at times. Overextending oneself isn’t fair to anyone, including the organizations you are serving. Life balance is critical.”

I asked him what he would say to others who are looking to volunteer/make a difference. He replied, “After volunteering for a good cause, you never hear people say that they wish they hadn’t. By its nature, volunteering is good for one’s own well-being as well as those being served. Surrounding yourself with wise and good-hearted people is a blessing.”

What’s next for Steve and his wife, Irene? “Good question. We usually figure that out when “what’s next” arrives. (Thank goodness Jim Hummel and Lighthouse Financial & IPC Investment Corporation (LHF & IPC) plan ahead for us in some things!). It shouldn’t come as any surprise that we are very comfortable dealing with Jim Hummel and LHF & IPC, as they share much of the same philosophies when it comes to how we live and how we responsibly use and share any resources we may have.”

A big thank you to Steve for using your gifts generously to serve the Christian community.