Frank de Boer and Ted Schenk, two Lighthouse Financial and IPC Investment Corporation clients, decided to bike 7,000 km from Sea-to-Sea (Pacific to Atlantic) for nine weeks and two days this summer. The goal was to raise funds for and create awareness of the needs of poor people in North America and around the world. 135 riders took part with funds raised for World Renew www.worldrenew.net, Partner’s Worldwide www.partnersworldwide.org and the rider’s local charity (optional).

Besides the fundraising, both Frank and Ted decided to join the tour for different reasons. Frank, pastor of Iron Springs (AB) Christian Reformed Church, was looking for something that would stretch him physically while giving him a mental break from the day-to-day stresses of being a pastor.

Ted, a recently retired carpenter from Edmonton and lifetime adventurer, completed a similar ride 3 years ago with the Alliance Church and relished the opportunity to do it again and do something good especially for causes that he supports and are affiliated with the Christian Reformed Church.

Frank was overwhelmed by the support he received including from his own Old Timer’s hockey team and league, many who have no connection to a Christian community. He came home mentally, emotionally, physically and spiritually stronger than when he started. His blood pressure went from high to normal and he lost over 50 lbs. In addition, he gained lifetime friends who will continue to serve as a support network. 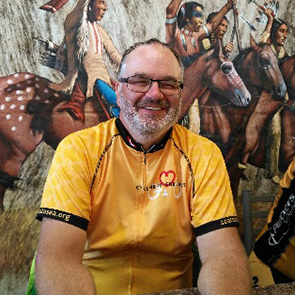 Ted appreciated the camaraderie of the group, the devotions, the positivity in spite of adversity and the ability to play “Dutch bingo” around evening camp fires. Frank’s advice: “If you ever have a chance to do something like this, take it.” Ted also encourages others to participate in future rides and he hopes to do it again. Lighthouse Financial & IPC Investment Corporation sponsored both riders. Over $1.6 million was raised. 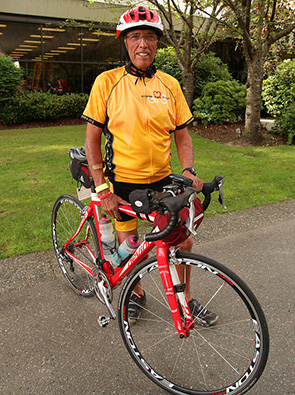